The town of Bangar got its name from the bangar tree which, during the Spanish regime, was growing abundantly in the place where the town now stands. The bangar tree which is more known because of the foul odor that emanates from its fruit had other valuable usages. Planks made from the dried tree were prized boards for the interior of houses while its fruits when soaked in oil are used as deep red dye for the hand woven products. The “indios infieles” (Spanish term given to people who were not yet Christianized) used to spacious shade of the tree in performing their superstitious cult.

The old town of Bangar was made of three “pueblecitos” (small towns) namely: Villa-Cruz, San Rafael and San Anastacio. Near these “pueblecitos” were small communities of the “Igorotes Infieles” who paid tribute to the Governor. On the northern side of the town flowed the Amburayan river which later on became the setting of the Ilocano epic Biag ni Lam-ang penned by the Prince of Ilocano Poets, Pedro Bucaneg. This river was also another source of income for the inhabitants because in it were gold dusts and granules which were panned and collected. On the eastern side, the hills and mountains were forested with different kinds of timbers. It was there where the people got timber for their houses. On the western side of the town flowed the Busilac river which was a favorite fishing ground for the residents. Farther on the eastern side at a distance which was covered by ten hours of walking was the village Panguatan and still father away was Bacong. These two communities were inhabited by pagans.

The year 1700 marked the official foundation of Bangar under the patronage of Saint Christopher when it became a ministry. However, Christianity was brought as early as in the later part of 1500 when Bangar was still a visita of Tagudin. The book Historia Agustiniana which was authored by Fr. Isacio R. Rodriguez stated that the massive church was started in 1696 and was finished in 1697 by Fr. Francisco Alvear, a learned Spanish Augustinian priest born in Liaño Santander, Spain. He died in Bangar in 1698.

Through the “Superior Decreto” (executive decree) signed by Governor General Antonio Maria Blanco on March 2, 1850, the town of Bangar was made a part of La Union, the newly created province. Before 1850, Bangar, Purao (Balaoan) and Namacpacan (Luna) were parts of Ilocos Sur.

The beginning of World War II was felt in Bangar on December 8, 1941. Planes were constantly flying and on December 10, the townspeople fled to the barrios and nearby hills bringing along with them only important things. People stayed at evacuation places until it was safe for them to return to the town.

Underground movement was very strong in Bangar at that time, Many residents joined the guerillas which had put up camps in Barangay San Cristobal led by Colonel Volkman and Major Agtarap. Three years later, the Japanese raided their camp and burned houses at the town proper.

There were also soldiers who were very kind, friendly, and understanding. They took time to teach the youth ball games, athletics and other information about Japan.

Bangar is famous for its loom-weaving industry. The big bulk of orders for placemats, towels, draperies, curtains, blankets and even bathrobes from all over the country and even abroad speaks well of the quality of Bangar woven products. Agriculture, however, still remains the main source of income for the people of Bangar. Its principal crop is rice while tobacco comes next. Farmers also find planting corn, peanuts, and vegetable crops as a quite lucrative source of additional income in between cropping.

Fishing also occupies a greater time of the people from the coastal barangays of Bangar. Ipon which comes out from the month of August to April is caught abundantly along these coastal areas. Bangus fry is caught from March to the earlier part of July. Tuna fish locally known as oriles and codfish abound in the coastal waters of this town. The Amburayan river also teems with fresh water varieties of fish (purong, tibek and birot) and shell (jusiling, suso and gusipeng). 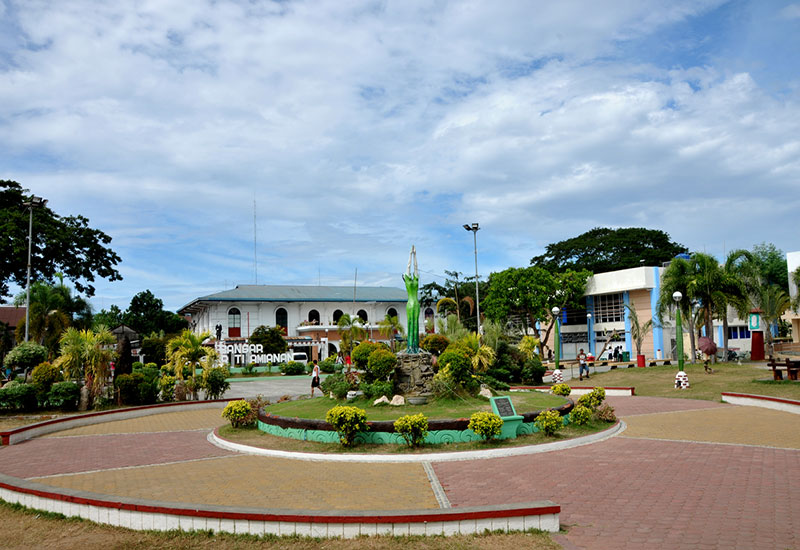 Originally part of Ilocos, this coastal town of La Union is located north of Balaoan Town and south of the Municipality of Sudipen in the province’s 1st Congressional District. As a major transit area for the Manila-Ilocos Bus Route, Bangar can be reached anytime of the day. Tricycles are available at the Town Plaza for trips to the barrios.

Visitors and buyers wishing to buy Inabel products are able to see the actual process of weaving of the Ilocano product. Passed on from generation to generation, most loom weavers still use the manual traditional weaving technique using antique wooden weaving equipment. Buyers may even request for personalized weaving design which include their names. A couple of metal craft shops specializing in bolos and agricultural implement are also located along the national highway for the convenience of customers.

Due to the fame brought by the two local products, an Abel-Panday Festival is held every December 26 and 27 which is highlighted by a street-dancing competition. Every July 25, locals celebrate the Feast Day of their Patron, Saint Christopher. The Parish Church is a must to see attraction, other than its intricate ceiling murals, it also takes pride for being one of the few churches in the country with three belfries.

North of the Town is the mystic Amburayan River, scene of the Ilocano legend Biag ni Lam-Ang. 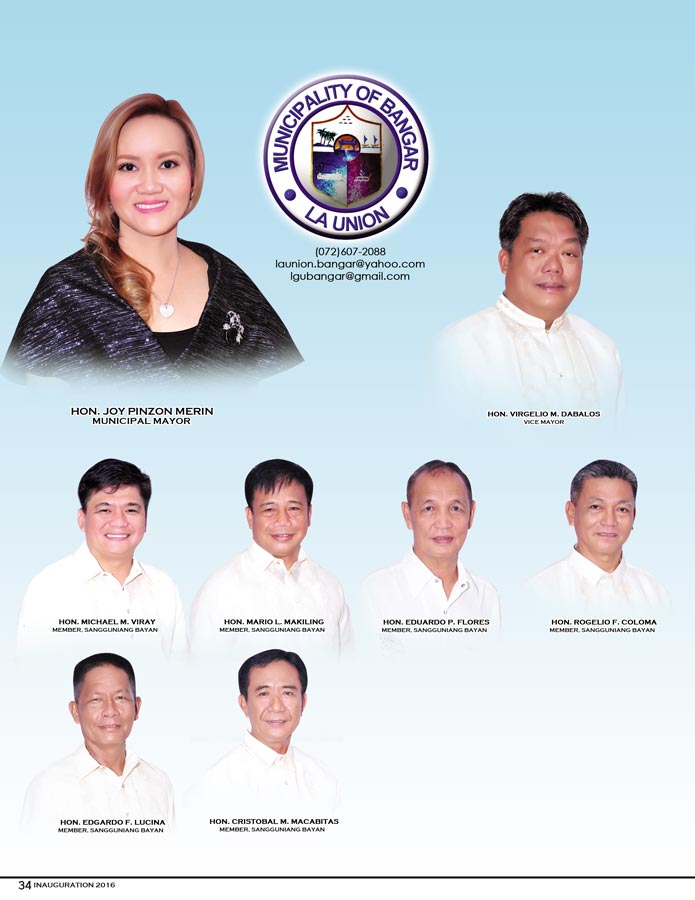