Agoo was founded in 1578 by Juan de Salcedo. It was once part of Pangasinan before being one of the twelve original towns of La Union. Two Franciscan missionaries, Fray Juan Bautista Lucarelli and Fray Sebastian de Baeza, arrived at the Municipality to start evangelism. It was believed that the first settlement was situated in the present day Nagrebcan. They administered their religious and political affairs until 1591 when the order retired from the Province. The town’s introduction to Christianity was signaled by the establishment of nipa and bamboo church in honor of St. Francis of Assisi.

The two made Agoo their headquarters and center of the general campaign to gather more recruits in the surrounding areas. As they formally erect and proclaim the town as a civic unit, Agoo was named after the river along whose banks it was built which at that time was a forest of pine-like trees locally called “agoo” or “aroo”. The town also became the center of pacification and conquest of the mountain tribes in the Cordilleras.

When the Augustinian left Agoo in 1591, the Dominicans took their place in 1598 as the town’s political and religious leaders. The coming of the Augustinians had to withdraw due to a conflict between their superiors and the governor-general in Manila. Because of this, there was a full discharge of pastoral ministry in Agoo.

It was the Augustinians who began the education and conversion of the people of Agoo by the establishing a primary school where Christianity and Catholicism was taught. The people were also taught the art of making bricks, lime, brick-laying, stone- quarrying for the construction of churches and public buildings and bridges. “Moro-moro” and the singing of “pasyon” were also introduced to the people.

The foremost of their construction was the erection of a church after the transfer of the town center. The construction was led by Fr. Satornino Franco while a three layered belfry was made by Fr. Casiniro Melgosa and Fr. Aguiliano Garcia. By the end of the 15th century, the image of Nuestra Señora de Caridad (Our Lady of Charity) was installed in the church.

Agoo also had its share of tribulations, especially during the Japanese occupation. Japanese forces burned part of Macalva and massacred 17 civilians who were believed to be sympathizers of the underground movement.

The liberation of the country signaled the development of this town. Constantino Verceles became the first elected mayor after the war. Together with representative Manuel Cases, they steered the town’s development. Through the sponsorship of Cases, the Masalip Irrigation System was established.

On the economic side, the municipality was elevated from third class to a second-class status.

One of the illustrious sons of this town is the late Jose D. Aspiras who was elected to the Philippine Congress in 1929. He also served as Minister of Tourism and Information Secretary during the time of President Marcos. Before he died in November 14, 1999, Aspiras was the resident representative and managing director, with the rank of ambassador of the Manila Economic and Cultural Office based in Taiwan.

Aspiras also led the restoration and refurbishment of the 16th Century Agoo Parish Church which was later elevated to the rank of Basilica Minore by Pope John Paul II in 1981. The Basilica Minore of Our Lady of Charity is one of the few churches in the country who have been elevated to Basicila Minore status. 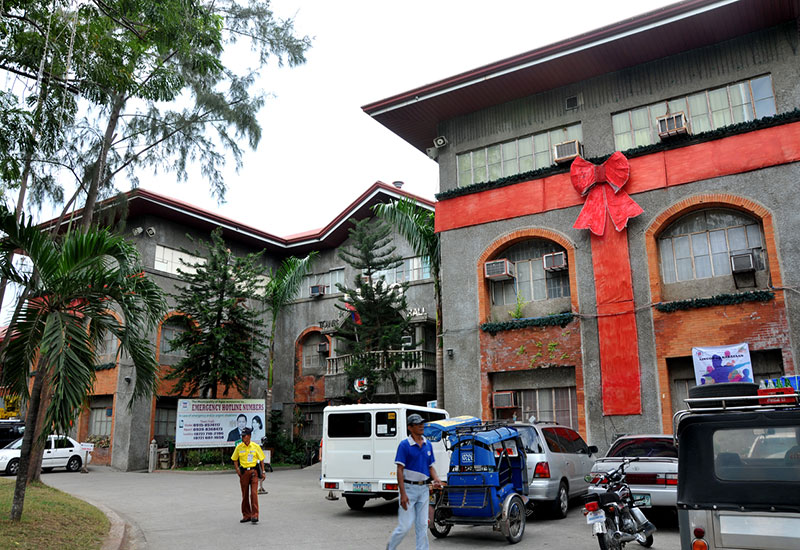 Like most of the LGUs in the Province located along the National Highway, Agoo, being a picture of sustainable progress and development, has become a town that never sleeps. Buses bound for Baguio City coming from Metro Manila, Western Pangasinan and Olongapo City and vice versa via Aspiras Highway have kept the Agoo Town Center busy 24 hours a day. Adding more economic activities are buses going to Ilocos Sur and Norte from Manila and back along the National Highway. Agoo is around 236 kilometers away from Manila, requiring about four and a half drive by land. Jeepney terminals located at the town proper offer transportation for those going to the interior areas of Tubao, Pugo and Santo Tomas Towns. Its tricycles lined at the main town crossing also offer 24-hour transportation service.

While in Agoo, visitors can get a taste of the luscious Dinegdeng which is commonly sold in local eateries. To promote the Iloco delicacy, every 6th of May is designated as Dinengdeng Festival, where more than 100 recipes of the popular Iloco meal are showcased. A fast food chain, Filipino and Chinese restaurants, hotels and a shopping center are conveniently located in the Poblacion area to cater the needs of travelers and guests. For those who want to see more of Agoo, a number of resorts, mostly along the coastal barangays, Museo de Iloco, Eagle of the North, Plaza de la Virgen, Agoo People’s Center and Square, and Plaza Tree House are highly suggested.

On top of being the Cleanest and Greenest Municipality of La Union in 2010, Agoo was also a recipient of the 2009 UNESCO Confucius Prize for Literacy Award for its Continuing Education and Lifelong Learning Programme.

Agoo’s overall development may not be completed without mentioning the continuing devotion of the people to their faith. The countless miracle stories attributed to Apo Caridad which includes the dramatic rise of Agoo from the rubble of the July 1990 Killer Quake and religious structures such as Our Lady of Lourdes Grotto, Basilica of Our Lady of Charity and Plaza de la Virgen have made the town a major religious center of the north. Our Lady of Charity’s feast day is celebrated every 4th of May.