History records show that this municipality used three names interchangeably-CABA, CAVA and CAUA. According to a local historian Pedro Manongdo, two tales have persisted on how the town got his name. One group referred to an incident when a Spaniard asked an inhabitant the name of the place. The youth mistook the question as an inquiry to the name of the animal he was herding and answered “CAVA.” The repetition of the name ended with CAVA and later CABA.

Another story was that Caba was the name given by a group of immigrants from barrio Caba, San Carlos, Pangasinan who settled in the community in the latter years of the 16th century. In memory of the place where they came from, they named the new settlement CABA.

Caba was founded as a settlement in 1598 by Augustinian Fathers with Don Agustin dela Cruz as the “first man to rule.” The settlement developed into barangay in 1692 with don Luis Manongdo as the cabeza de barangay. It became a town in 1783 with Don Domingo Aragon as gobernadorcillo.

In 1907, Executive Order no. 41 was issued which provided that Caba be separated from Aringay. The order took effect on January 1, 1908, thus Caba again became a regular municipality with Francisco Sobredillo as Chief Executive.

Caba is the birthplace of Diego Silang, the inspiration and the leader of the Ilocos Revolt of 1762-1763 and is referred to by historians as the “guiding genius of the Iloko war of independence,” “one of the heroes of his race,” “an able military leader,”and other appellations of honor.

During the Spanish period, Silang courageously established an independent rebel government in Northern Luzon and agitated for reforms in and out of the government. However, Spanish authorities resorted to assassinate him with the help of one of his followers who betrayed him with a treacherous shot at his back on May 28, 1763. The assassin’s bullet did not however smother the flame of Silang rebellion. His wife Gabriela took the torch of leadership and by her own right, continued the rebellion heroically. Four months later, she was captured by Spanish forces and was executed publicly in Vigan in September 20, 1763, thus ended not only the heroic adventure of the “Ilocandia’s Joan of Arc” but also Silang’s revolt. 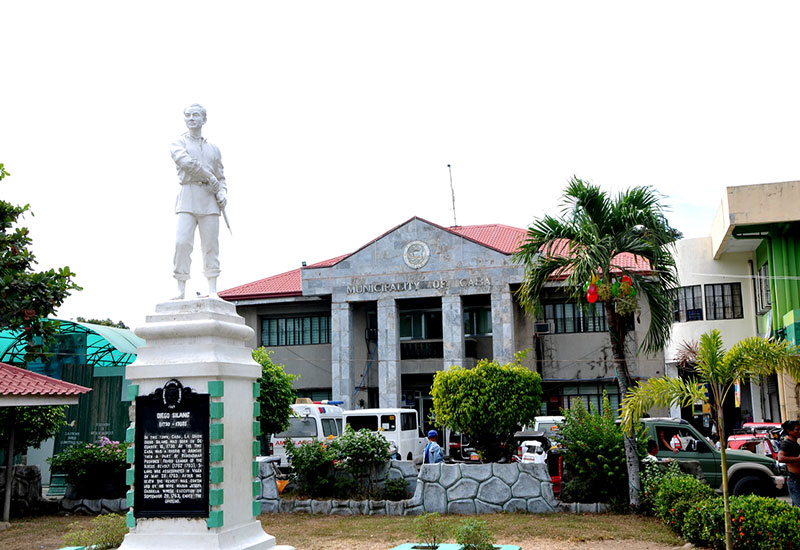 The proud birthplace of one of the National Heroes, Diego Silang. A monument of the Silang stands at the Town Plaza, reminding Caba’s contribution to the cause of freedom and liberty during the Spanish Era.

A monument of President Elpidio Quirino, along past local leaders stands at the crossing of the national highway in Barangay Gana. The first Ilocano President, served as public elementary school teacher in Caba before his entry to politics.

A stretch of stalls selling fresh mangoes, Bagoong, Padas, and Alamang, adorn the same area. Its hues of green and yellow never fail to catch the attention of passing motorists. Its local bamboo furniture industry has also become an identity of the Municipality. The products are made by farmers who utilize their time after the rice-planting season.

Located in between Aringay from the South and Bauang in the North, Caba is also passed by buses plying the Manila-Laoag City route which makes it accessible 24 hours a day. It is around 247 kilometers away from Mega Manila which translates to about four hours and 45 minutes of drive by land. A tricycle terminal is located at the plaza for travelers any time of the day.

The local Filipino sidecar public transport serves as the main form of transportation in the internal barangays and resorts which are located in the coastal area of the town. Mt. Kimmallugong also serves as a recreational area for hikers and campers.

Caba is a grand slam champion for the Search for Cleanest and Greenest Municipality in La Union under the 4th-5th Class Municipality Category for 2006, 2007 and 2008; Regional Level winner and National Finalist, Seal of Good Housekeeping in 2010; and 2010 Provincial Champion for the Search for Best Performing LGU based on Local Governance Performance Measurement System.

The town celebrates its fiesta from April 15 to 18 as well as the Feast of Saint John the Baptist every 24th of June. In celebration of the Christmas Season, the town also holds the annual Paskua Ti Umili every December. 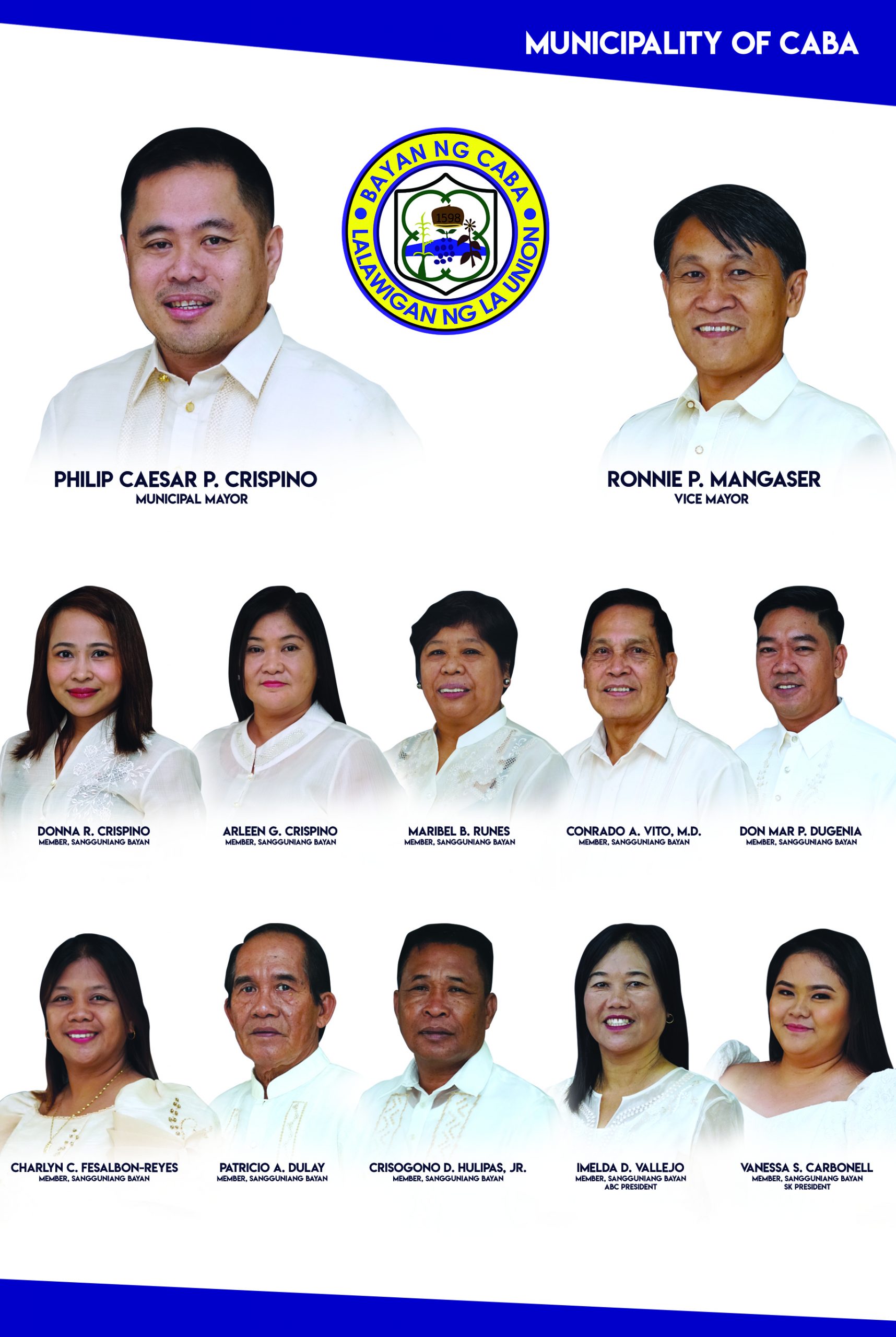