Originally part of the province of Ilocos Sur, Balaoan is one of the oldest municipalities in La Union having been founded 1704.
It was during the Spanish regime that this municipality was named BALAOAN from its former name PURAW.

Curious about these fair-skinned soldiers, the people in that sitio flocked around them touching the guns they carried. For fear that the guns might explode, one of the on-lookers asked the soliders in the vernacular, “Aoan bala?”.

One soldier, in his attempt to catch the words uttered, “Bala-aoan!”. From that day on, the town was named BALAOAN, a syncopation of “Bala-aoan”.

Under the Spanish rule, the Maura Law was applied to early municipal governments. The Tribunal Municipal (Council) which was covered by this law was subordinated to other authorities including the intervention of the parochial priest in power.

The corruption in government and tyrannical abuses of the cuadrilleros or rural police, guardia civiles and the parochial priests caused the establishment of a secret society called the Insurectos. The Insurectos was organized to revolt against Spain. There were seven martyrs otherwise known as SIete Martires who were executed for being revolutionaries and sympathetic to the revolutionary movement.

Luciano Resurrection headed these 7 martyrs: Primo Ostrea, Artemio Ostrea, Fernando Ostrea, Patricio Lopez, Rufino Zambrano and Mariano Peralta. A certain Captain Juan, who was then in power in the municipality had learned about this secret and informed the Spanish ruler who immediately ordered their arrest. Without any investigation, the seven martyrs were brought inside the Catholic Cemetery before a firing squad. By a twist of fate, Fernando Ostrea escaped death and survived the ordeal with only a wound on the leg. He was the living witness who spread the news about the tragedy they suffered. A Masonic lodge called “Siete Marires” was founded in Balaoan in honor of these 7 martyrs.

A day after their execution, the revolution exploded and it took seven days for the Filipino Revolutionarios to subdue the Spaniards in the town. The short-lived Philippine Republic was then established, then came the civil government of the Americans.

During the early days of this form of government, there were still Katipuneros encamped in the mountains of Balaoan. Many people were massacred to death by these Katipuneros. A certain Vicente Orfiano, a native of Balaoan and detective of the American Commandancia was said to have saved the public buildings and houses in the pueblo from being burned. He also saved the lives of many residents. There was also Crispulo Patajo who was able to subdue the Katipuneros. Since then, peace and order had been restored.

Among the luminaries from this municipality are: Dr. Camilo Osias, first Filipino Division Superintendent of Schools, Senate President; and Magnolia Antonino, Congresswoman and Senator.

Balaoan is approximately 300 kilometers north of Metro Manila. The town can be reached from Manila using the MacArthur Highway.

Having its former name as “Puraw”, Balaoan was founded in 1704 and originally a part of Ilocos Sur. The town's present name “Bala-aoan” originated during the Spanish colonial era through the answer of a Spanish Soldier when asked if their guns are loaded or not. Balaoan is one of the oldest municipalities in La Union. Balaoan holds its Parochial Fiesta every September 9 & 10 and Panagyaman Festival on December 18-22 of the year.

Balaoan is known for its Sea Urchins which are commonly cultivated in Barangays Paraoir and Almeida. Tourists and vacationers can also rent boats for them to actually take a closer look on the harvesting process of the famous “Maratangtang”, a favorite delicacy among the Ilocanos. Tourists may visit the Lourdes Grotto before proceeding to a picnic at Apaleng Park or Coconut Garden. 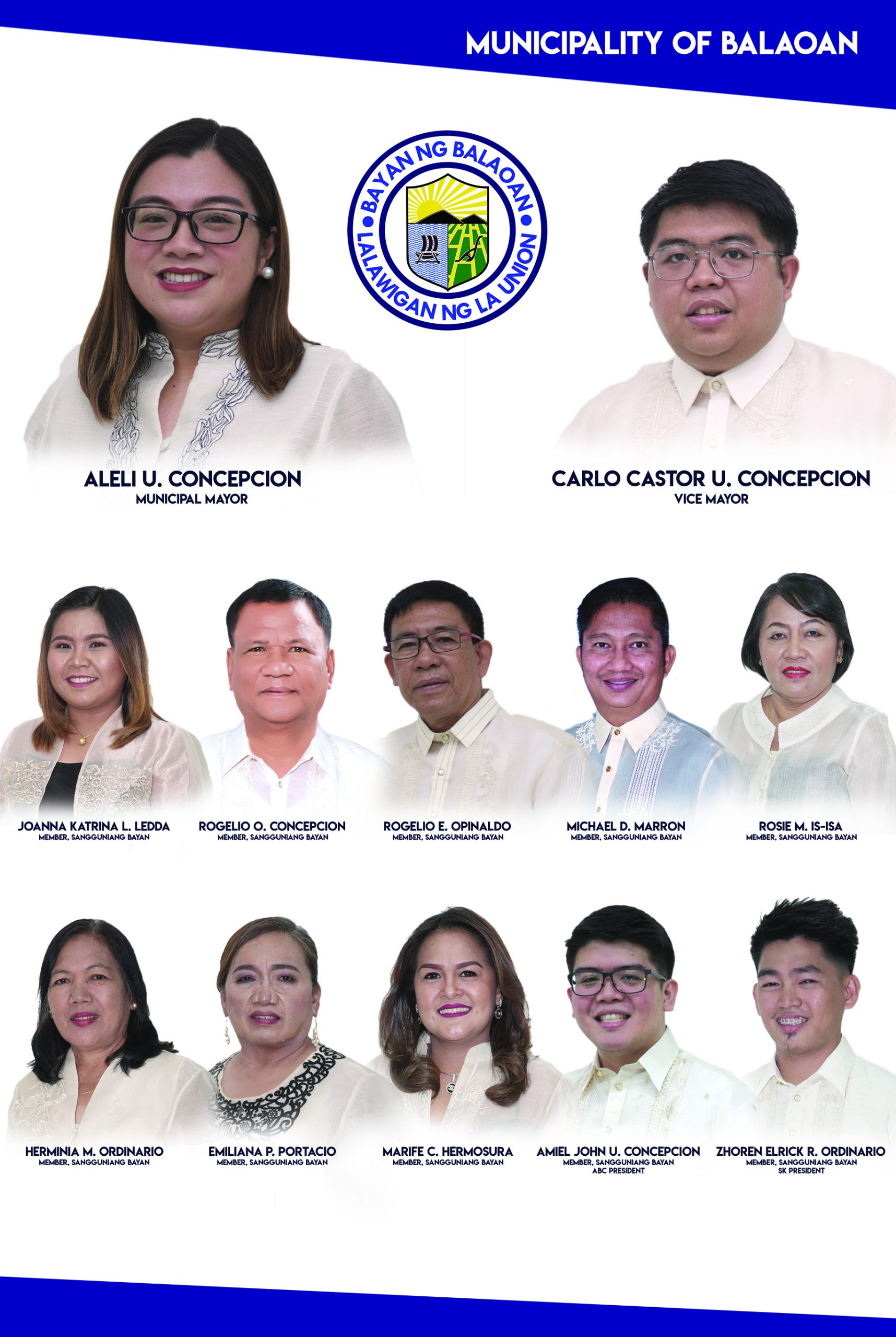