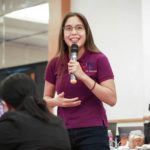 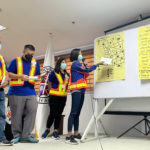 Ensuring that every Provincial Government of La Union (PGLU) employee is an #AlertoKaprobinsiaan in the instance of an occurrence of earthquake, the regular conduct of PGLU Earthquake Drill was spearheaded by PGLU Safety Officers on September 16, 2022 in the Capitol Grounds, City of San Fernando, La Union. To further capacitate employees on sign language and address the communication gap with the deaf and hard of hearing clients, the Provincial Government of La Union, through the Human Resource Unit, tapped the La Union Association of the Deaf (LUAD) to facilitate a 2-day Filipino Sign Language Training on September 13-14, 2022. The said activity was in line with the celebration of Civil Service Month.