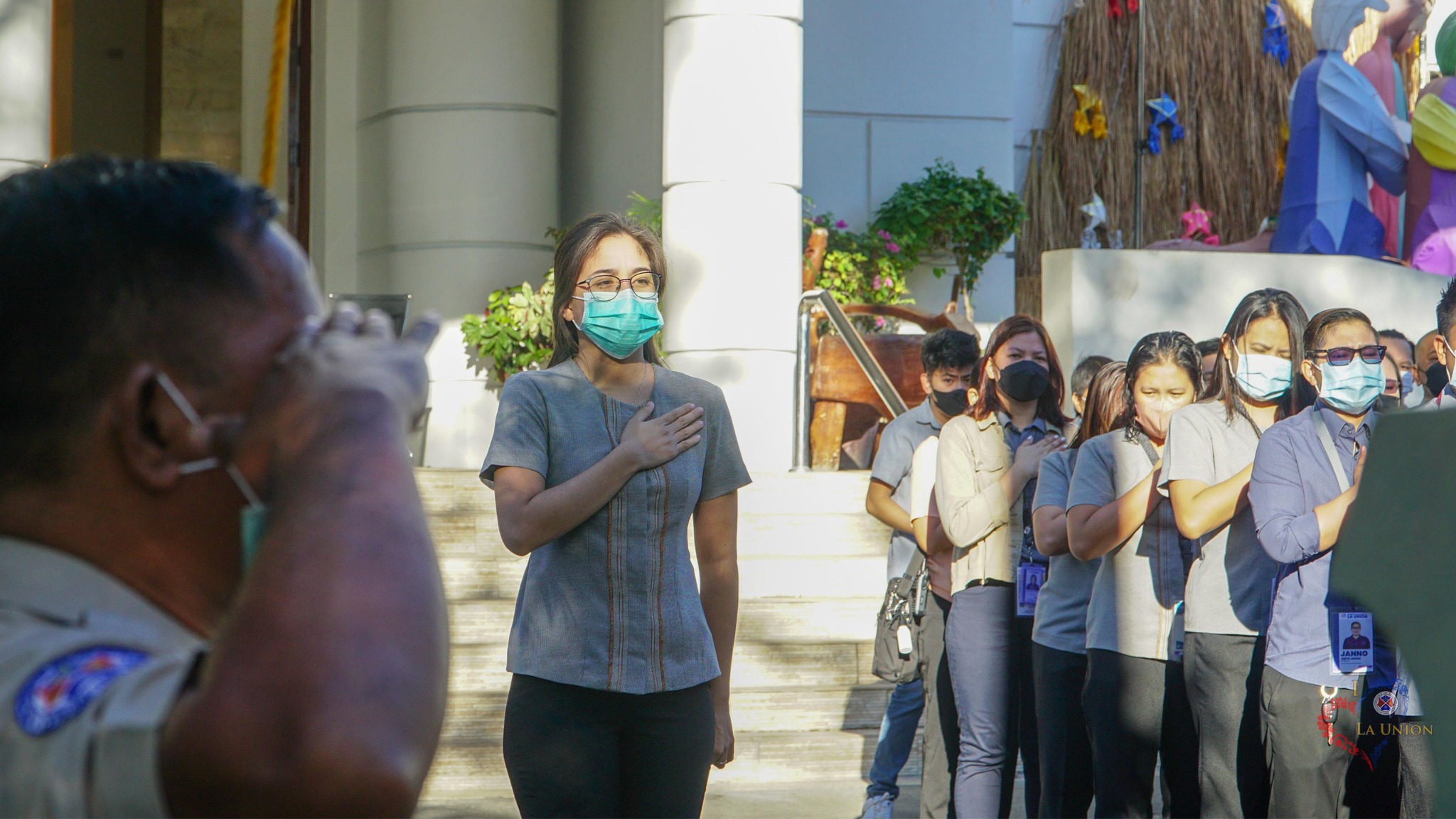 To kickstart the various projects, programs, and activities set for the year 2023, Gov. Raphaelle Veronica “Rafy” Ortega-David led the oath-taking of the five newly appointed employees of the Provincial Government of La Union (PGLU) as part of the first Monday flag ceremony for the month of January.

The newly minted employees will join the ranks of the PGLU workforce in their efforts to elevate organizational performance through people-centered and driven governance service delivery.

Moreover, three service awards were given to employees who are retiring this month of January 2023 in recognition of their commitment and dedication to public service, which paved the way for the realization of the goals and objectives of the province.

Indeed, the PGLU is dedicated in strengthening its program and service deliveries by empowering its manpower as the whole province continues to roll toward the realization of being the Heart of Agri-Tourism in Northern Luzon by 2025.