Originally part of Pangasinan, its name is derived from the Iloko word “Nag-ili-a”, which means the place where people from other places come to stay. “Nag” is a prefix which denotes past action, “Ili” means town and “an” is a word which modifies the word “ili”. Putting the three together, it becomes “NAGILIAN”. This was later modified as “NAGUILIAN”.

Due to increasing population density, a barangay of immigrants drifted to the shore of La Union and begun building the town of Bauang at the south of the river, now called Bauang River, and settled thereat. Hundreds of years passed and the population increased. The families who had small land to till migrated to new territories. They found a valley at the back of the river and then reached the fertile valley of Naguilian, then still part of Bauang. They built a colony at the fork of the two rivers and began developing the territory.

When La Union was created as a province in 1850, Naguilian was one of the twelve towns that formed the province.

Built in areas of the towns are generally clustered linearly around the barangay roads. Agricultural land areas are situated in the valleys which are planted with rice, corn, tobacco, sugarcane and other crops. Forest areas command a large portion of land areas. Barangay Casilagan was declared by the Bureau of Forestry as a potential watershed area.

Naguilian is also known for being the home of the original Basi where the tradition of Basi making dates back to the World War II era. With the help of the local government, this industry has been revived and is now one of the main sources of income of the Province. 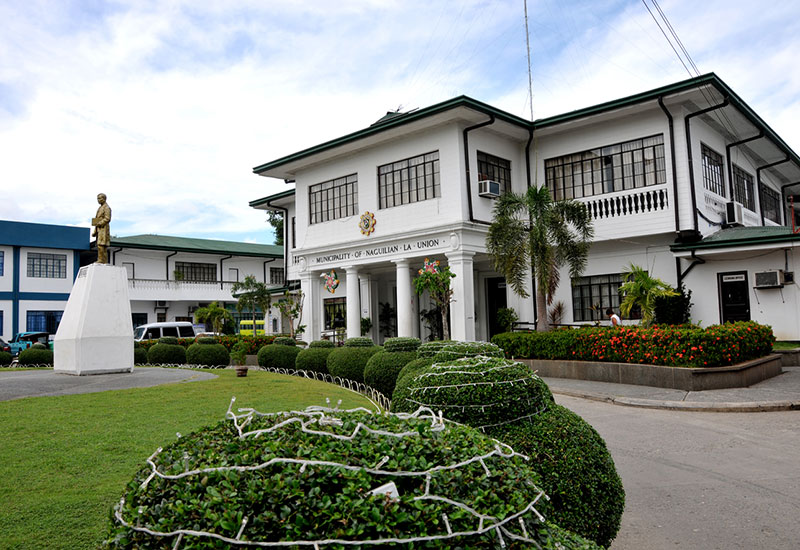 Endowed with rich natural resources, Naguilian is largely an agricultural town. Its fertile land yields rice, tobacco, root crops, vegetables and sugarcane which produces two of the municipality’s famous products, vinegar and basi. The original Iloco basi, Naguilian’s sugarcane wine is incomparable in its sweet and robust taste. Aside from sampling the wine, visitors may also get a glimpse on how it’s made by visiting the Naguilian Agricultural Complex.

Hike and rejuvenate the senses at Tuddingan Falls, Sangbay Falls, and San Antonio Mini Rice Terraces or meditate in the serenity of St. Augustine Church and Mary Consolatrix Monastery. Head over to Barangay Lioac where some of the best silver products are made or head over to the town center at Barangay Ortiz, where woodcrafts, leather products and knitted garments are also sold.

Naguilian is easily accessible with buses regularly plying the Naguilian Highway to and from Baguio City and La Union. The town holds its Basi Festival from May 1 to 8, simultaneous with St. Augustine’s Pastoral Fiesta every 5th of May.