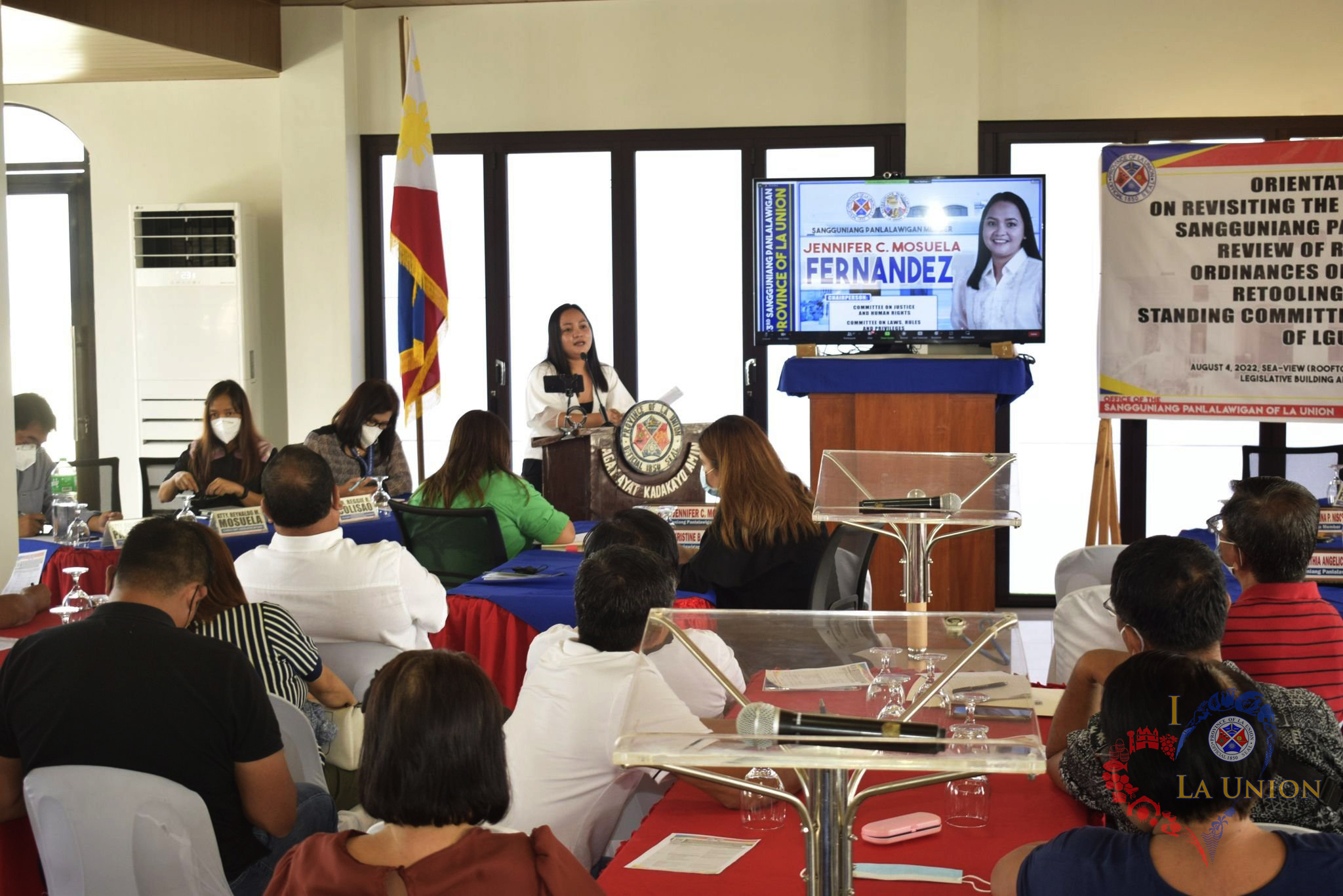 Attended by Vice Mayors, Sannguniang Bayan Member (SBM) chair of the Committee on Laws, Rules, and Privileges, and SB Secretaries of the province’s component LGUs. The said seminar emphasized their functions and liabilities as legislators that would lead to the development and progress of their respective municipalities as reflected on the province’s accomplishment and breakthrough.

In her message, SPM Jennifer Mosuela Fernandez mentioned that the activity was set up in view of the ordinances passed by the LGUs that were declared invalid by the SP for it goes against the Local Government Code of 1991 and other related laws for that matter. Moving forward, she is optimistic that the activity would be a great venue for the participants, whether new or former legislators, learn more about the processes of local legislation and to come up with a measure that may not contradict the law.

The Sangguniang Panlalawigan of La Union is more confident that the provincial and local legislators could come up with better and more effective ordinances aligned to current provincial administration's P.U.S.O. Agenda for the benefit of their constituents and the kaprobinsiaan.