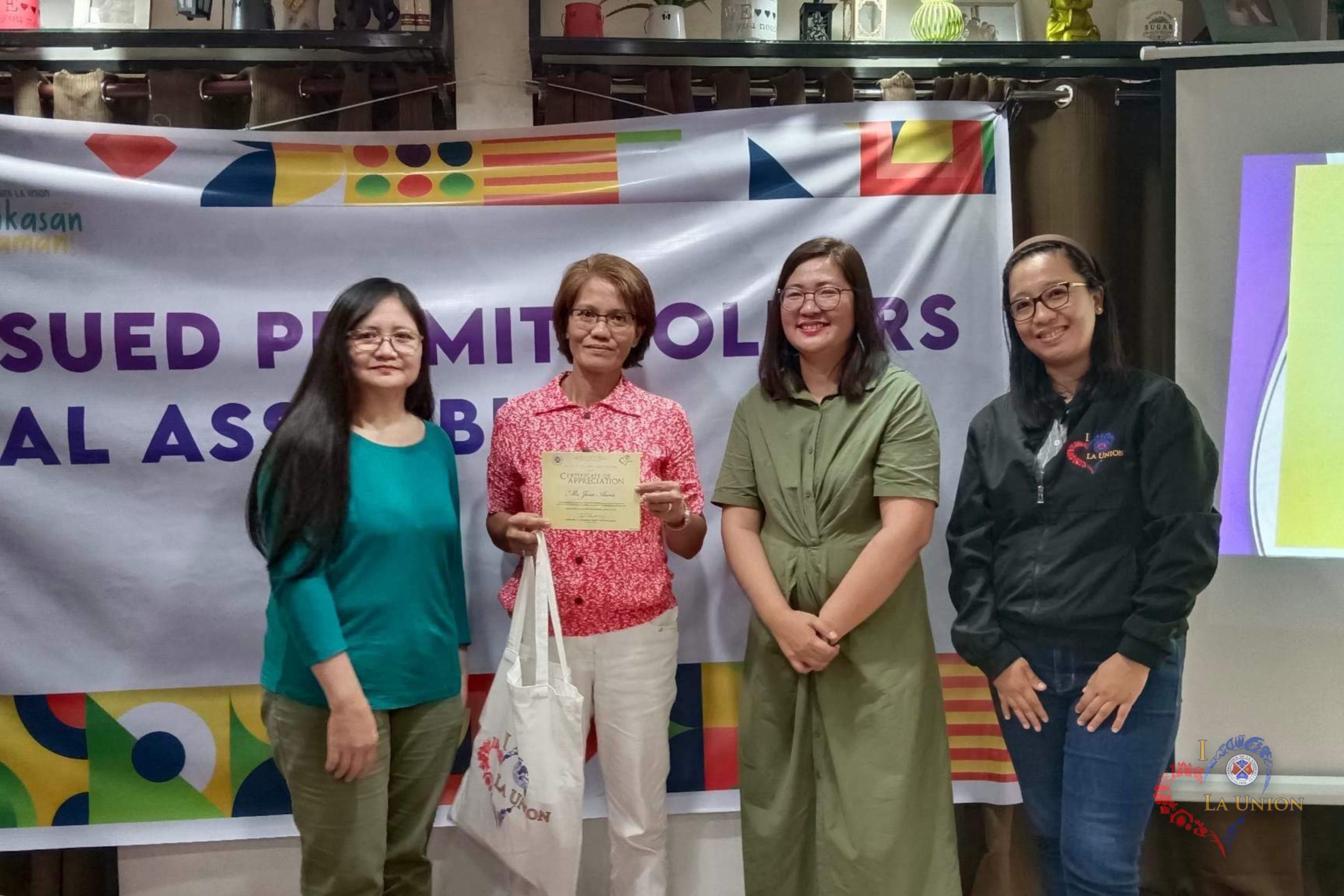 To show appreciation to some kaprobinsiaan tax payers, the Provincial Treasurer’s Office (PTO) headed by Ms. Janet D. Molina, distributed some tokens to all qualified tax payers of Franchise Tax, Tax of Printing & Publication, and Sand & Gravel Tax in the Province through a program dubbed as Tax Appreciation Campaign.

The said campaign does not only seek to acknowledge the significant contributors of tax payers in the development of the Province through their taxes but also yield a stronger tie with the partner companies,organizations and other permit holders in the Province of La Union.

The Provincial Government of La Union led by Gov. Raphaelle Veronica “Rafy” Ortega-David believes that such is an effective strategy to strengthen the trust and confidence of the taxpayers to the Province as they join the call for #LaUnionPROBINSYAnihan for the realization of the province’s vision to be the Heart of Agri-Tourism in Northern Luzon by 2025.